One thing I have noticed

One thing I’ve noticed as I have worked with a large variety of dogs over the past year is that I’ve lost my desire or need to fight with people on the internet about them.

I’ve worked with everything from Yorkshire terriers to Pit bulls, and I can tell you that I’ve learned a lot.  And I feel more confident than ever working with dogs of various types.

Am I the Dog Master? LOL. Of course not.

But I have come to the conclusion that most people who want to fight about dogs on the internet are suffering from profound insecurities. The internet is a great place to spray around your demons like hot deer urine in a Windex bottle.

I know, because I did that very thing. You probably came to read me because I was artful at my virtue signaling neuroses that I really knew it all.

So when you see someone trying to make a career out of writing toxic pieces about dogs or people who do something with dogs, keep in mined that you’re often looking at a very insecure person, one who feels a great need to tear others down to make themselves look good.

I’m really not interested in that game anymore. I just want to do my thing, learn more, and enjoy the animals. And help others, too.

I feel an inner peace now that I would have given my right hand to have experienced a decade ago, and I wish those who still feel that need could somehow find it.

But because that sort of blogging and internet writing is what gets the attention, my guess is that many of these people will never find it. It simply pays too well to be an asshole. 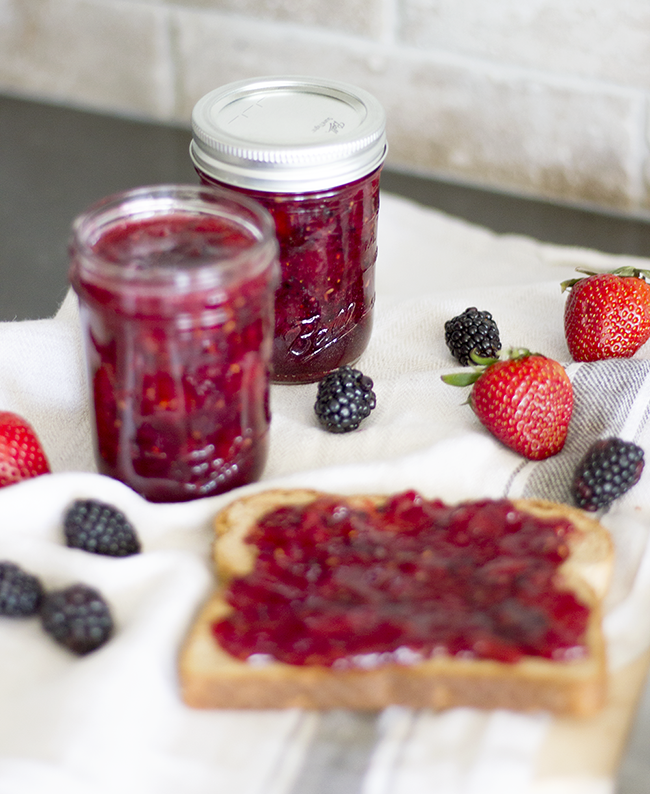 You may have already seen my posts about this over on Instagram, but we had so much fun with this that I wanted to briefly share here too.

A couple of weeks ago, my mama, daughter, and I all decided to try canning for the first time. We made jam out of strawberries and blackberries, and I was honestly shocked at (1) how easy it was and (2) how delicious the jam turned out. We used this recipe from Ball® jars, and while it was admittedly one of the more simple recipes I came across, I was still worried I’m mess it up. It turns out that I might actually be good at canning (or else I just chose the easiest recipe ever.) Regardless, we all really enjoyed it. 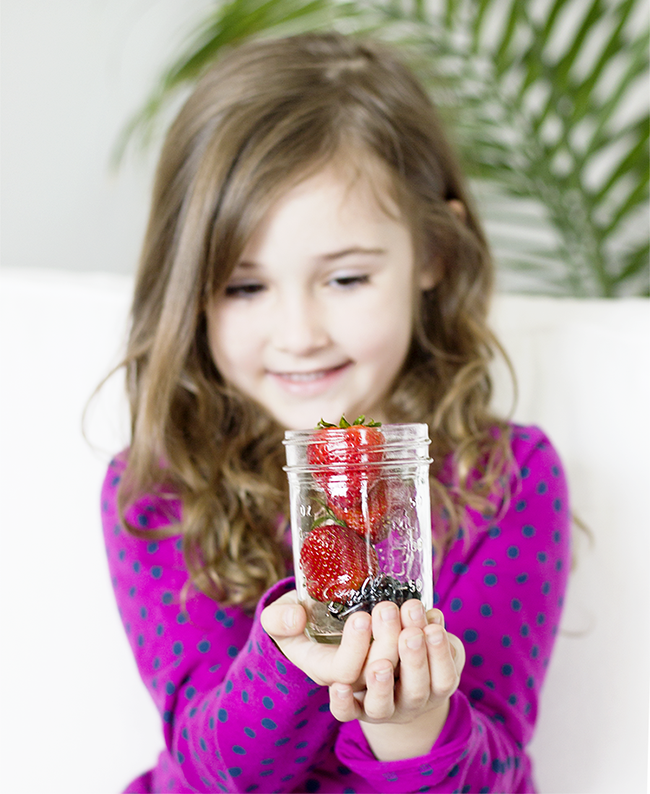 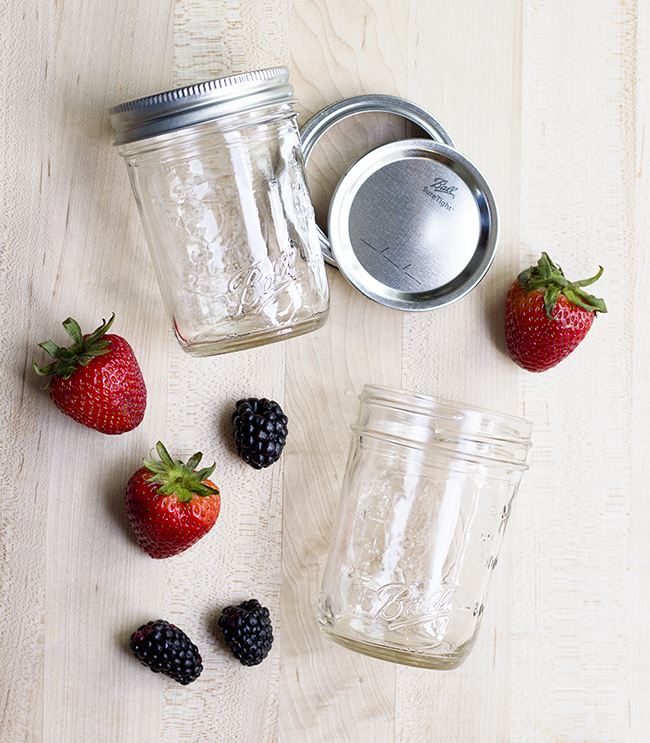 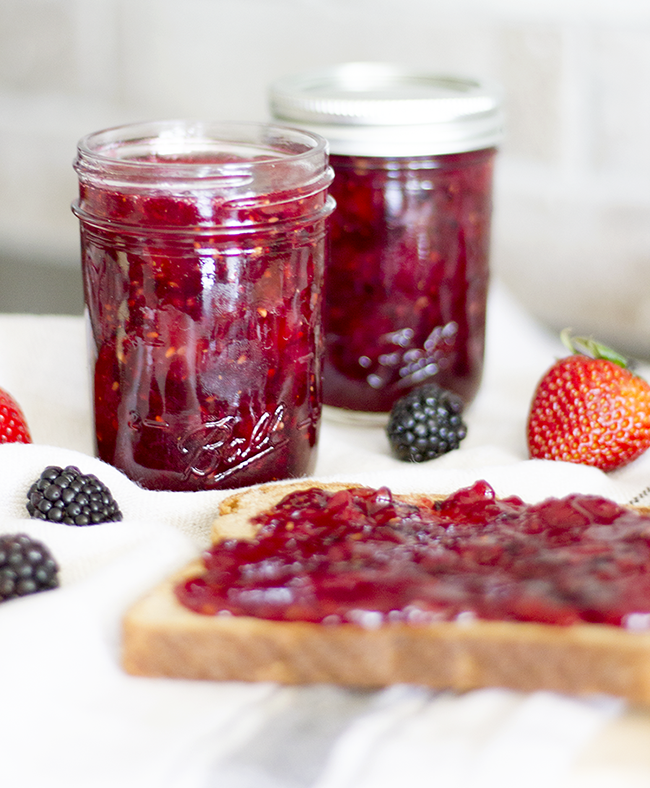 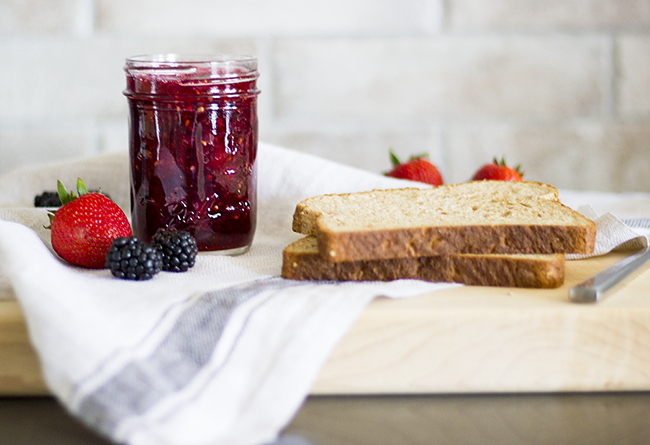 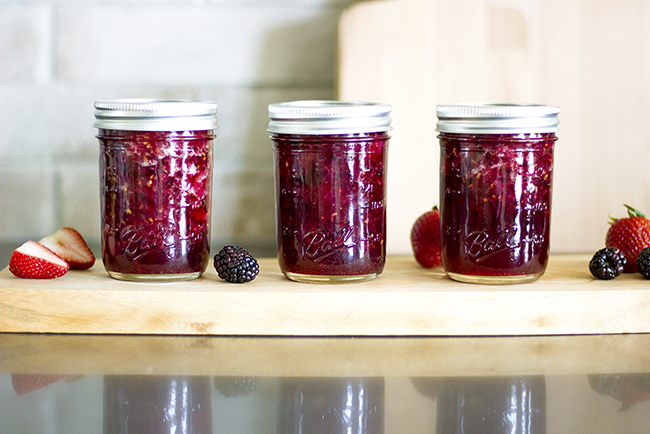 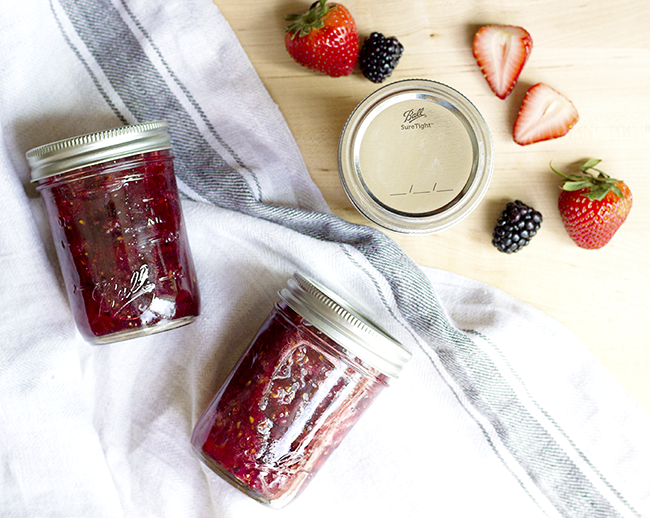 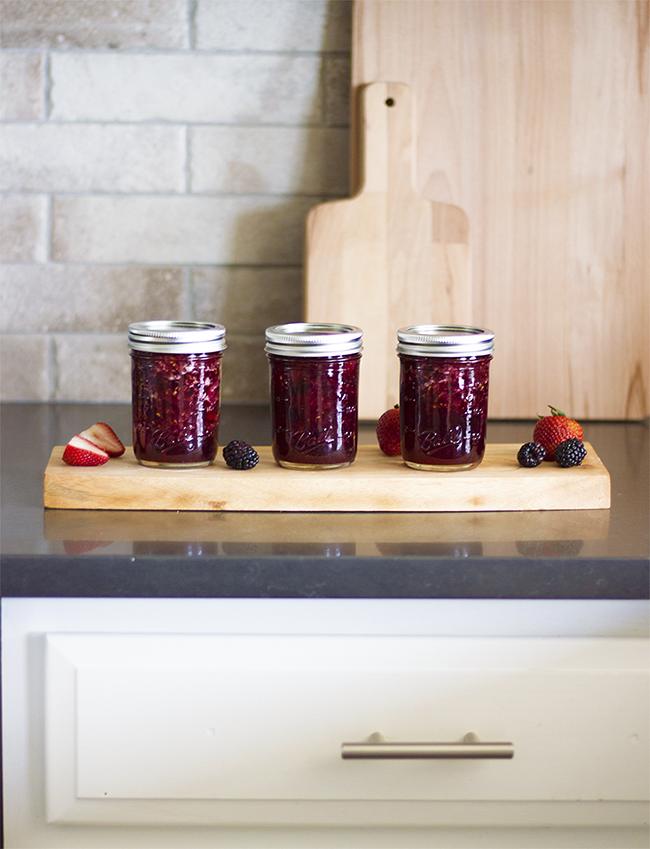 I won’t repeat the details of the process here, but you can read all about them on IG, and also see some behind the scenes in my Stories highlights there. I can’t wait to do it again! If you’re interested in trying canning and you’re a newbie like we were, I highly suggest this recipe – it’s simple but still quite delicious. 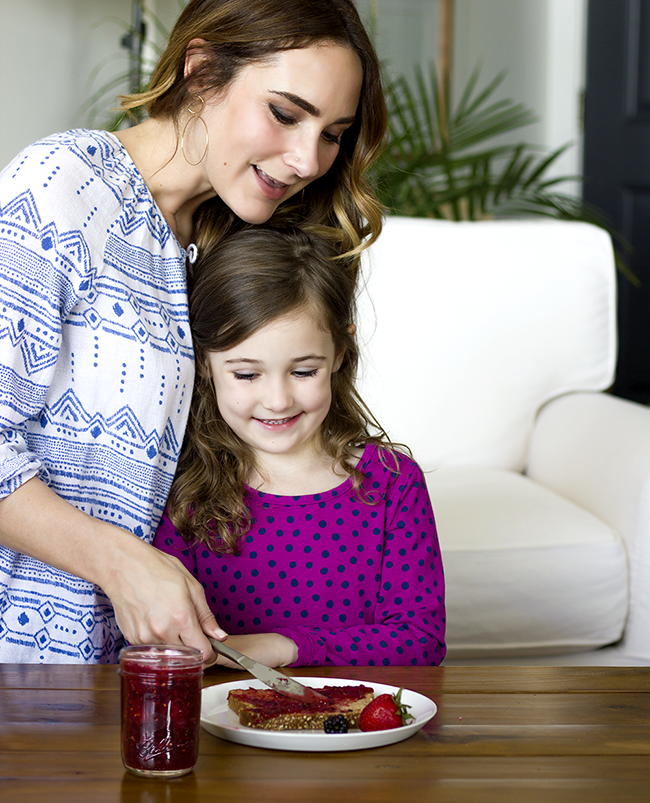 Have any of you ever tried canning?

I’ve been working with Streamer, the tazi-saluki, and I must say that much of what people believe about these dogs is false.

Dog trainers often say you cannot train these dogs, but the truth of the matter is he’s quite soft.  His softness does not manifest itself in cowering before me when he does something to make me cross. His softness manifests itself in attempting to avoid me.

The trick is to have a rapport with this dog before you start making demands of any kind. He is not afraid of people, but he is quite aloof. For him to trust me, we have had to become friends.

When he first arrived at the airport, he glared at me and snarl-barked at me. I’ve never seen an eight-week-old puppy act so primal and so primitive.

He and I never really interacted. He was not supposed to be my dog, but one day in February, he decided that he wanted to be mine, and I’ve been working with him ever since.

I cannot say that everyone should have a dog of this type. This type of dog requires an understanding of what it’s like to have a sensitive and soft dog that is combined with a general primitive dog’s tendency to be independence. Independence combined with softenss is not something that the major schools of dog training are really equipped to understand, and that’s why so many dog trainers think of these breeds as quite incorrigible.

But he’s not really. Because he’s so well-socialized to people and other dogs, he’s actually quite stable. He won’t run over and lick your hand like a golden retriever would, but he’s not nervy or jumpy at all.

As he has matured, he has become more and more less socially open, but his reserved nature is not like the old school chow chow’s.  He just has a small circle of people he trusts.

Working with a dog with this fundamental nature is teaching me many things about other dogs. I am reminded of what falconers require their apprentices to work with first.  They very rarely tell their apprentices to get Harris’s hawks, because Harris’s hawks are cooperative hunters. The usually tell them to get a kestrel or a red-tailed hawk, because they are more independent.

So I have a leash-broken saluki that walks at a perfect heel.  He sits at the curb when I cross the street. He is a beautiful creature. His feathering is starting to grow in, and he will be a magnificent manly dog when he matures.

I look like a real dog man when I walk this dog. He stares up at me with adoration at a heel, and I start to believe the illusion.

Though I probably shouldn’t.

The Story of the Blepping Labrapotamus and the Yipping Hippie Mouse

From the Facebook page of UPS Dogs: Symbiosis. A form of mutually beneficial cooperation by two dissimilar species in nature. No better example of this phenomenon can be found then the one exhibited here by the Blepping Labrapotamus (Canis Moochus Gianormous) and the Yipping Hippie Mouse (Canis Yappus Underfootus) who utilize skillfully choreographed teamwork for […]

Hot weather is right around the corner here (we’ve already hit 90 degrees on a few days) and that means one sure thing for my twice-daily dog walks: a ponytail! Usually I grab an elastic band…

I never knew how many times in one cay I could say,”what did you get into?” until I had a dog. Until next time, Good day, and good dog! 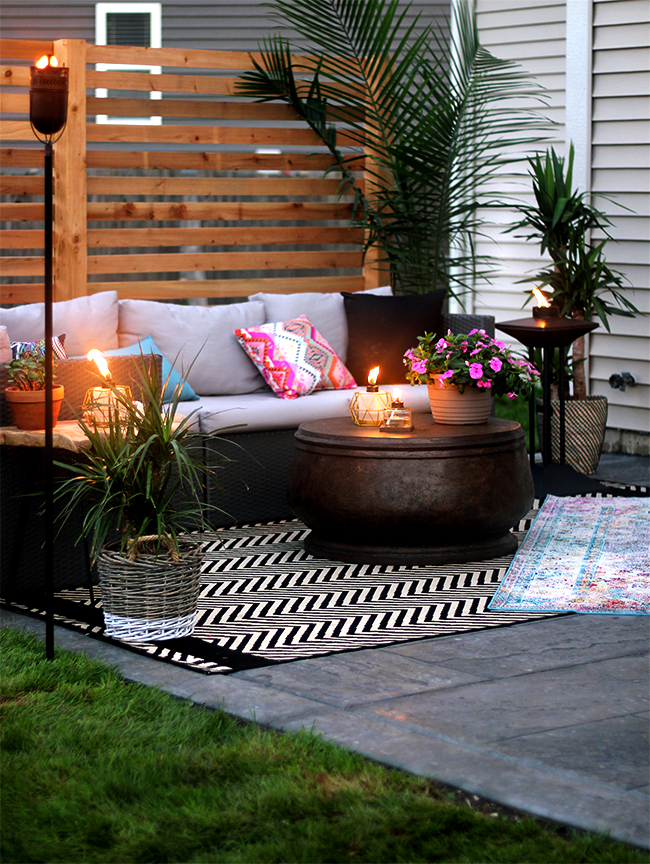 I feel like I’m cheating a little with this post, since I shared our patio reveal (and most of these pictures) about a year ago, right after our patio was complete. But we’ve started to get it set up again for the season, and that makes me so happy that I just felt compelled to share it again. 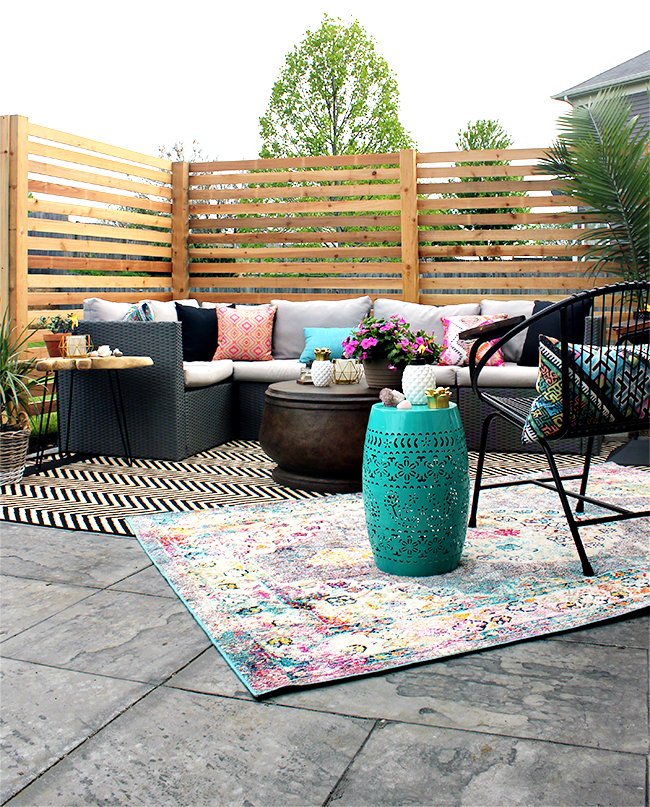 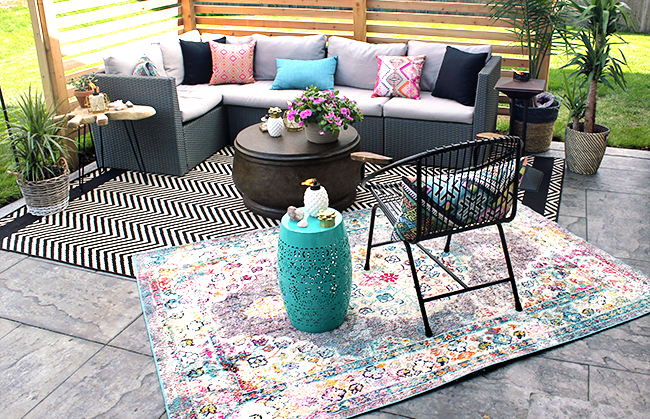 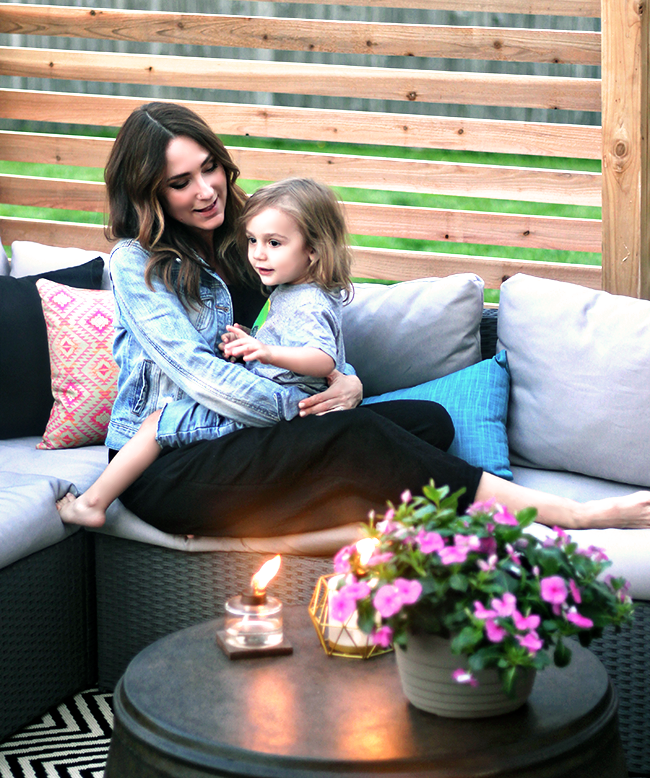 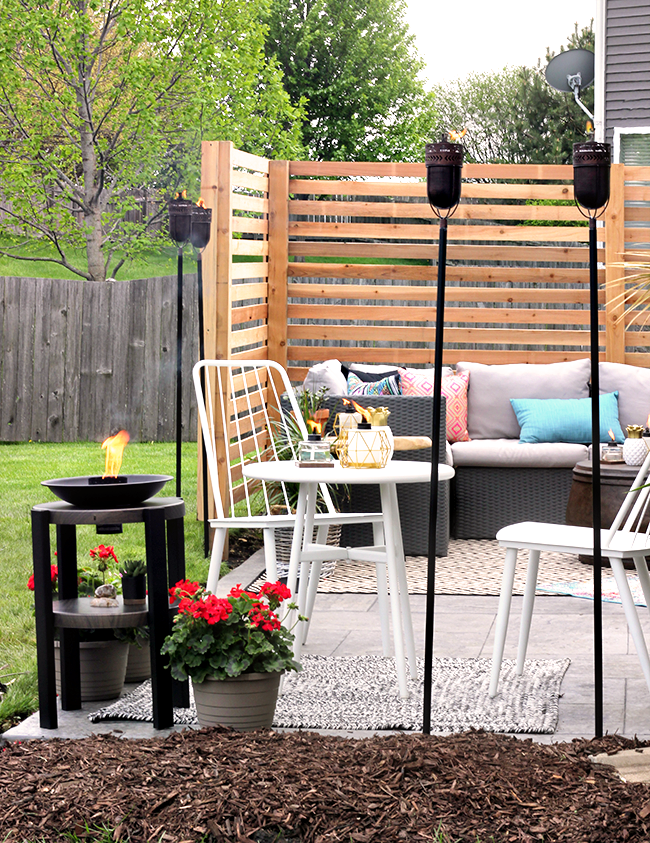 It’s been many years since I actually had a backyard, and for a long time I dreamt of having a space that felt like an oasis. I envisioned something colorful (which is normally not my aesthetic at all) with a strong boho vibe. When we moved into our house last year, our backyard started off with nothing in it at all except a concrete step leading out to it. It was a mess, and I couldn’t wait to get started. First my husband and I designed a poured concrete patio and hired a local company to install it. I wanted it to resemble slate, and in turned out beautifully. Then my friend Tyler Wisler (he is amazing) and I worked together for about a month to come up with the overall design. We ordered the furniture and accessories and collected lots of plants and flowers. My dad and my husband built the cedar slat wall, Tyler and I arranged the furniture, and it was complete. 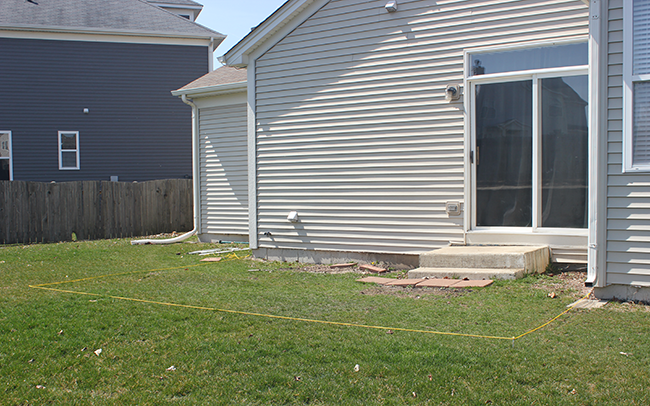 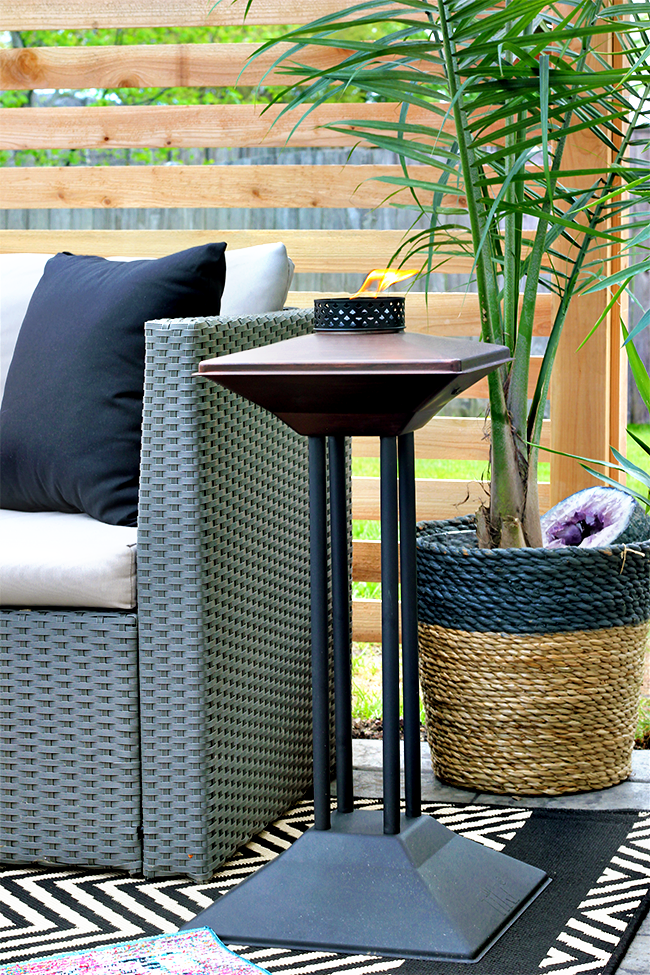 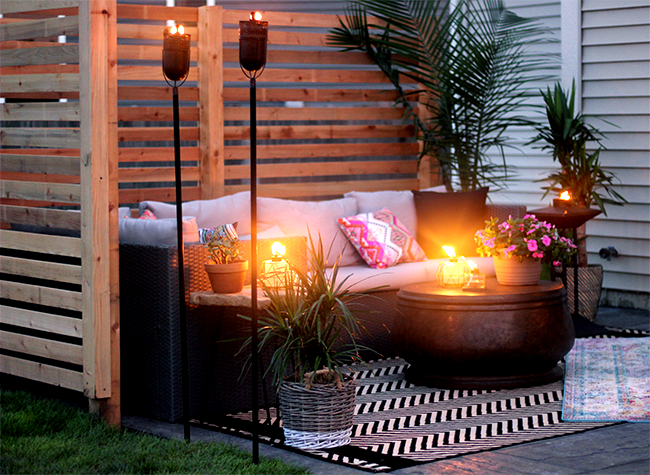 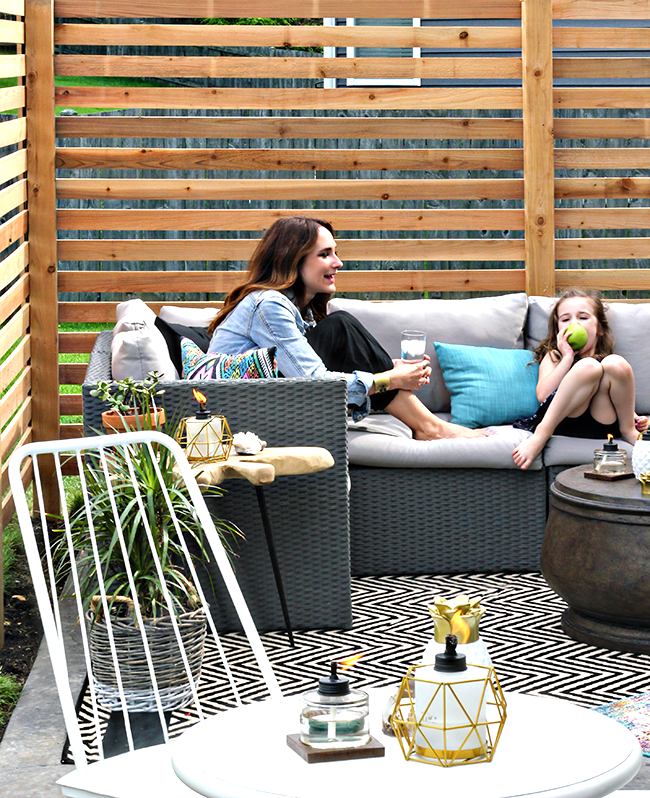 We spent so much time in this space (especially in the evening) last year, and I am thrilled and grateful to be able to do it again. Thanks for letting me share my excitement, friends!

Are you ready for Mother’s Day? We’ve got a brand-new giveaway on PawZaar featuring the our Paw Birthstone Bracelet, filled with paw print birthstone charms to honor the winner’s…

National Pet Month is here,  and as you dream up fun ways to display how much you care for your canine companion during the 31 days of dogged devotion to companion animals, why not transform…

Happy weekend! Until next time, Good day, and good dog!