Miley is 9 years old today and still hates to have her photo taken.

Gone to the Dogs (and Cats!) A Tennessee woman left her estate to homeless pets.

DeLawder, who had worked as a telephone operator for AT&T in Washington D.C., passed away at age 72. She left a gift of $ 540,000 to the Elizabethton Carter County Animal Shelter, which plans to use the money to expand the dog and cat holding areas and to purchase a van for transporting animals to adoption events and to spay and neuter clinics. Plans for the shelter also include setting up a Veteran Companion Animal Program.

Carter County Mayor Leon Humphrey announced the gift on the county website. “The shelter is truly blessed and honored to be given such a tremendous gift,” Humphrey wrote, “one of the largest private gifts ever given to the County for our citizens (human, feline and canine).”

The generosity of Ms. DeLawder will help countless pets find their new families. It truly is a gift that will keep on giving for years to come. This is the kind of philanthropy Halo understands so well, partnering with Freekibble.com, the Greater Good and the Humane Society of the United States to help animals in shelters make the best possible transition to a new life.

Tracie Hotchner is a nationally acclaimed pet wellness advocate, who wrote THE DOG BIBLE: Everything Your Dog Wants You to Know and THE CAT BIBLE: Everything Your Cat Expects You to Know. She is recognized as the premiere voice for pets and their people on pet talk radio. She continues to produce and host her own Gracie® Award winning NPR show DOG TALK®  (and Kitties, Too!) from Peconic Public Broadcasting in the Hamptons after 9 consecutive years and over 500 shows. She produced and hosted her own live, call-in show CAT CHAT® on the Martha Stewart channel of Sirius/XM for over 7 years until the channel was canceled, when Tracie created her own  Radio Pet Lady Network where she produces and co-hosts CAT CHAT® along with 10 other pet talk radio podcasts with top veterinarians and pet experts.

, a philanthropic celebration of the love between dogs and their people. Short canine-themed documentary, animated and narrative films from around the world create a shared audience experience that inspires, educates and entertains. With a New York City premiere every October, the Festival then travels around the country, partnering in each location with an outstanding animal welfare organization that brings adoptable dogs to the theater and receives half the proceeds of the ticket sales. Halo was a Founding Sponsor in 2015 and donated 10,000 meals to the beneficiary shelters in every destination around the country in 2016. 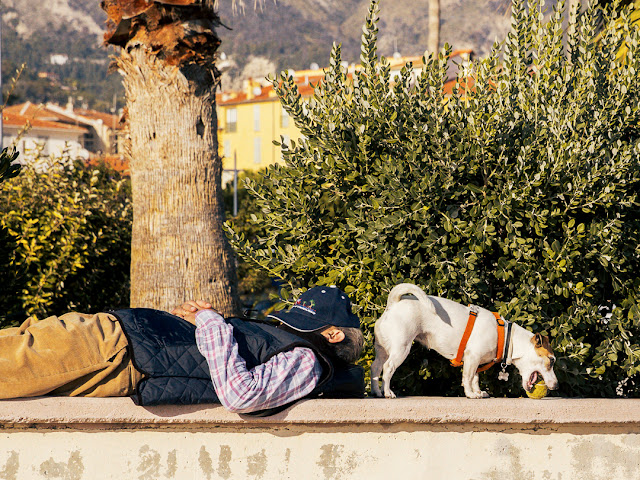 As in many parts of the country, there’s a saying in Texas that “if you don’t like the weather, wait five minutes.” This past week has been the perfect example…after…

Does this mother Poodle have some explaining to do?

The collie from the 60s

I got to see these family photos for the first time today. This is a dog that featured heavily in my dad’s dog stories that he used to tell us when we were kids.

This is Cam, the first AKC dog that my family ever owned. She was a rough collie “like Lassie,” as they say.  My dad is standing to her right. The date is April 1962.

And like Lassie, she had to have a litter. This one included some tricolors. My uncle Doug is sitting behind the mother collie in May of ’63– twenty years before I was born.

I had not seen these photos before, though I had seen some rather poor photos of Cam.

The bottom photo really reveals what she was:  She was a collie from a time when they were still very close to the intelligent farm dogs from Scotland from which their kind descend.

She looks gorgeous but more rugged than the collies of one might see today.  She was still very much the “Scotch shepherd” of the American farm and dog fancier magazines.

Everybody sing! Until next time, Good day, and good dog! 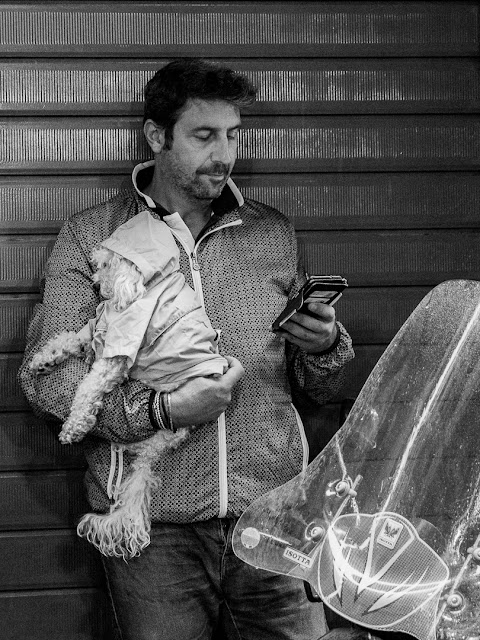 It’s pouring with rain in Naples.  This little poodle, wearing his smart raincoat, sleeps in his owner’s arms as they shelter from the rain.

This is one of the photos in my display ‘A Love Letter to Naples’ at PhotoMenton this year – open every day till next Sunday at the Palais de l’Europe, Menton.
RIVIERA DOGS

Just a friendly reminder for those of you living under Arctic conditions this weekend. It’s currently 13 degrees here in sunny Canton, Ohio, and Penny is keeping my lap warm for me! Until next time, Good day, and good dog!