One of the most common memes in our popular understanding of zoology is that the thylacine of Tasmania was the marsupial equivalent of the gray wolf.  This idea comes from a rather superficial understanding of its morphology, and lots of speculation about its behavior have stemmed from this popular understanding. One idea is that they were pack-hunters like wolves and dingoes, and they would have been murder on Tasmania’s sheep industry. Therefore, the final extinction of the thylacine was largely predicated upon a rational fear that the creatures would have been detrimental to sheep husbandry.

A lot of these speculations come from a belief that the thylacine was quite large. As I have discussed before on this space, larger carnivores are largely forced to hunt larger prey to survive. Otherwise, the larger size is of no benefit to the animal. Ecologists have found that the mass of 21 kg (about 46 pounds) is the size at which a carnivorous mammal can no longer subsist on smaller prey alone.

Thylacines were estimated to have weighed 29. 5 kg (about 65 pounds), which meant that their diet would have been larger prey. However, really big prey species are almost absent from Tasmania. The largest kangaroo in Tasmania is the Tasmanian Eastern gray kangaroo, which weighs is roughly the size of the smaller forms of white-tailed deer in the US.  Further, analysis of Thylacine skulls revealed that they could not withstand very much force. So the thylacine would not have been a very effective predator of prey the size of an Eastern gray kangroo, and it would have had a lot of trouble grappling with a fully grown sheep.

The fact that thylacines would have had problems killing large prey creates a contradiction in their supposed larger size.  If thylacines really did weigh 65 pounds on average, then they would be a major exception to the rule that larger predators must hunt larger prey to survive.

These animals would have been roughly the same size of an Eastern coyote. Now, Eastern coyotes can live on large prey or small prey, and they can scavenge quite well. But they have skulls that can withstand blunt force from a sheep or a deer that a pack of them has run down. The Eastern coyote can live as a fox or a wolf, depending upon the conditions of the ecosystem in which it lives.

A thylacine would have been a smaller prey specialist, and because its weight did not exceed 21 kilograms, its subsistence on smaller prey did not violate the “costs of carnivory” rule.

Indeed, the only predatory mammal I can think of that does come close to violating this rule is the maned wolf, which sometimes weighs 22 or 23 kg. It lives almost entirely on small prey and fruit. This species has been persecuted for its attacks on livestock, but like the thylacine, it is not much of a threat to them.

Of course, there will be debate about this finding. Many historical accounts of thylacines suggest or imply or even outright claim that they were killing sheep and dogs left and right.

But the truth is that Europeans had their own concept of what a creature like this could do or was likely to do, and they merely transposed these ideas onto a creature that had the superficial appearance of a wolf or hyena.

We should by now stop trying to pigeonhole the thylacine into a marsupial wolf and should try to appreciate it for what it was.

*I don’t believe they still exist, but I certainly wish they did!

Happy weekend! Until next time, Good day, and good dog! 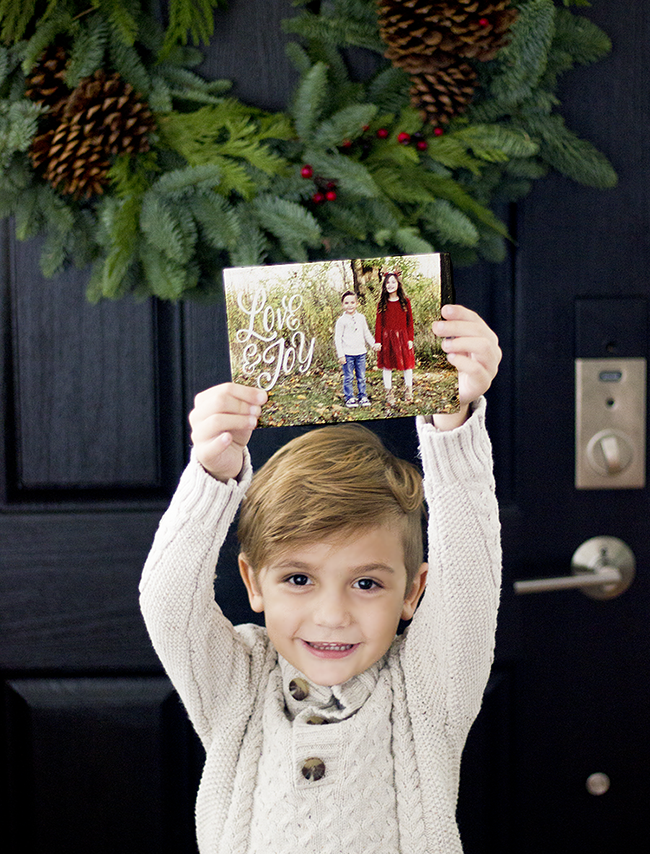 Those of you who have been reading here for a while know that even though I don’t often get personal about my private life (especially when it comes to my kids), I always share our family holiday cards with you all. And I say this every year, but it’s worth repeating: sharing family holiday cards might not seem like a deep dive into our personal lives, but there is something very intimate about them. They are the most special greeting we send to our closest friends and family at the end of every year, and they represent our gratitude for those people. Well, I’m grateful for you all as well, and that’s why I choose to share these with you in a post every November.

Also, let’s face it. 2020 has been a real a-hole of a year, and that just makes me want to share greetings of peace and love and joy more than ever.

Honestly, I can’t think of a year I have ever not sent out holiday cards. They are one of my absolute favorite seasonal traditions. (I even have a line of them of my own, although they’re a much different style than the ones I send out myself these days.) And six years ago, I discovered a holiday card company that not only had the hippest cards around, they went above and beyond to make my life easier. So please allow me to gush for a minute about them, my beloved Postable. 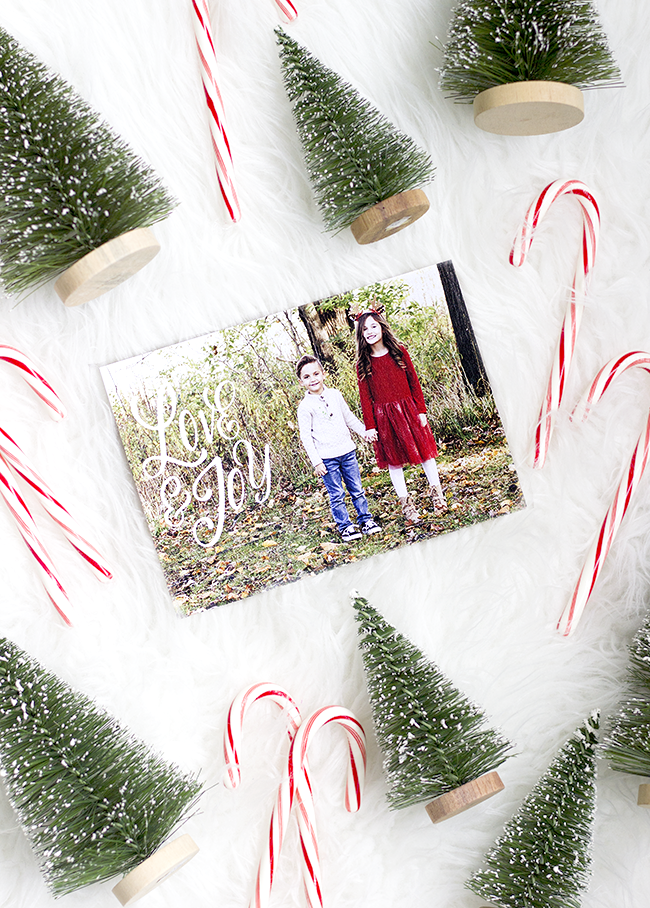 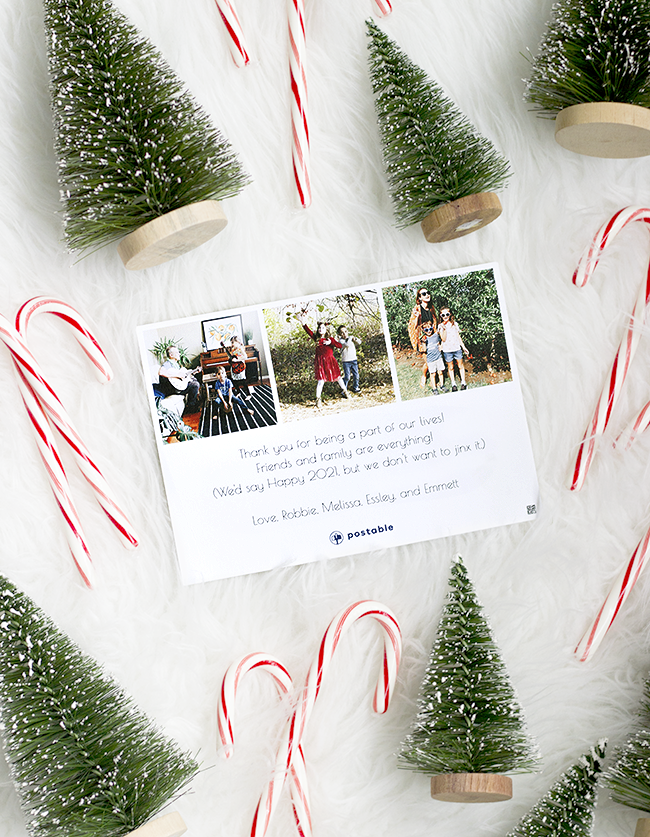 Before I start my annual professing of love for Postable, I want to say that Postable did not (and has never) paid me to review them. This is just one of those time that I have fallen in love with a brand, gotten to know them, and feel inspired to spread the word of their awesomeness. Again and again. What initially drew me to them way back when was their huge selection of beautifully designed, fully customizable cards that are all 100% post-consumer recycled and/or tree-free 100% (envelopes too). Once I had their cards in hand, I was impressed by other things too – from the quality of the cards themselves to the quickness of their shipping. 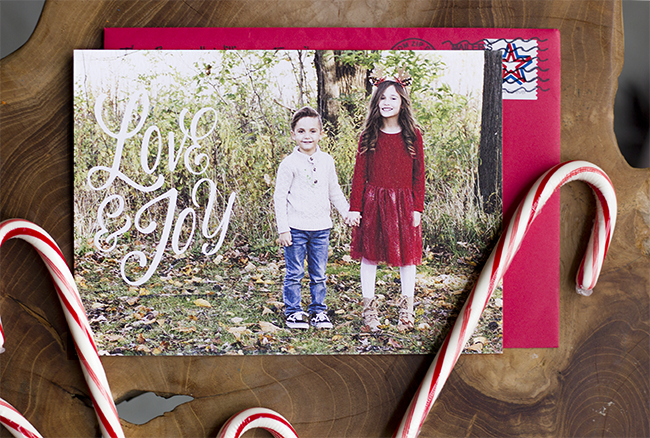 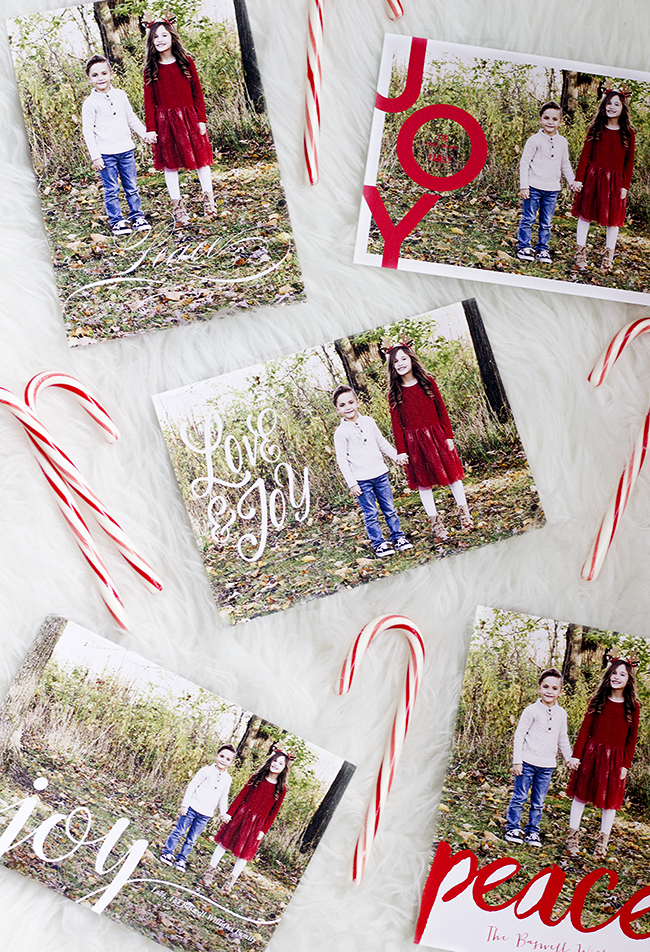 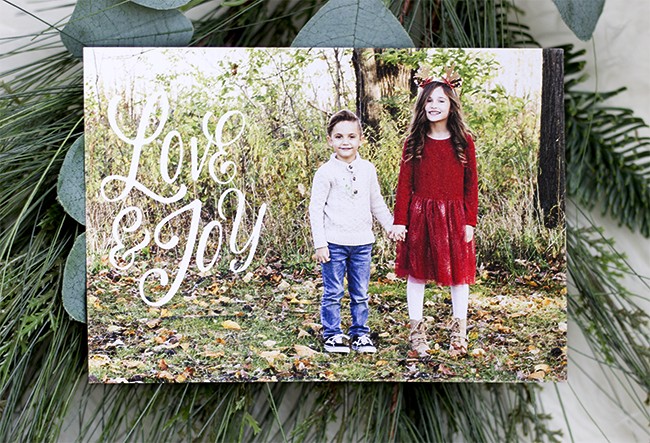 I think my favorite thing about Postable, however, is that they do all the freaking work you guys. Not only do they print my cards, they stuff the envelopes, address them, stamp them, and mail them for me too. So basically, I have not had an envelope cut on my tongue in years, and that is glorious. And the process of getting them made and sent couldn’t be easier. I choose a card design (which is by far the longest part of it because the options are endless), upload my photos, greetings, and names, choose my font, choose an envelope color, click on the addresses saved in my address book, and hit order. A few days later, my cards arrive in my loved ones mailbox, which leaves me way more time to binge watch dark holiday comedies and eat peppermint bark in bed. 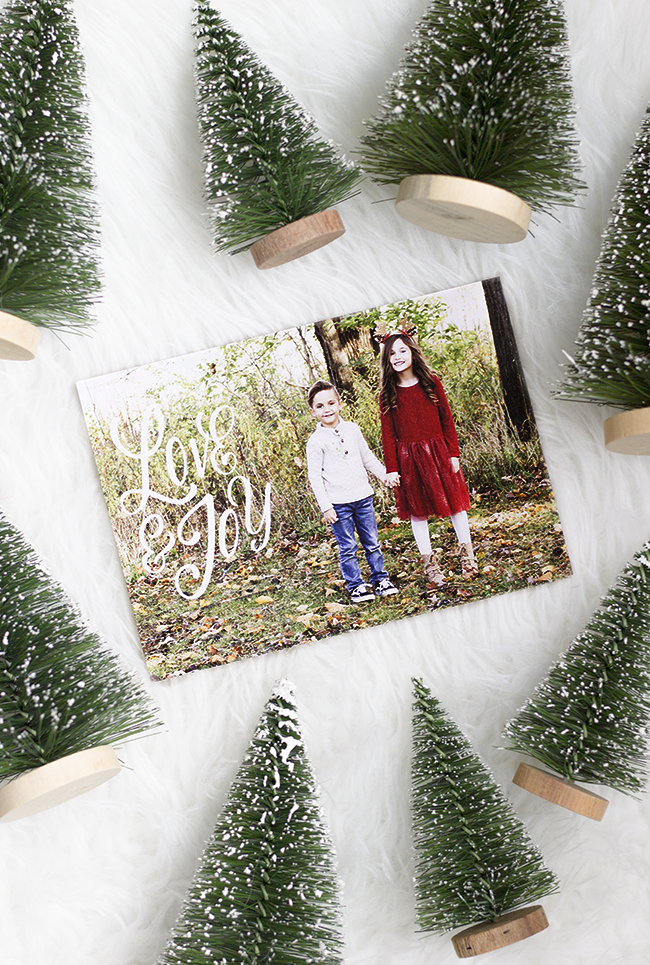 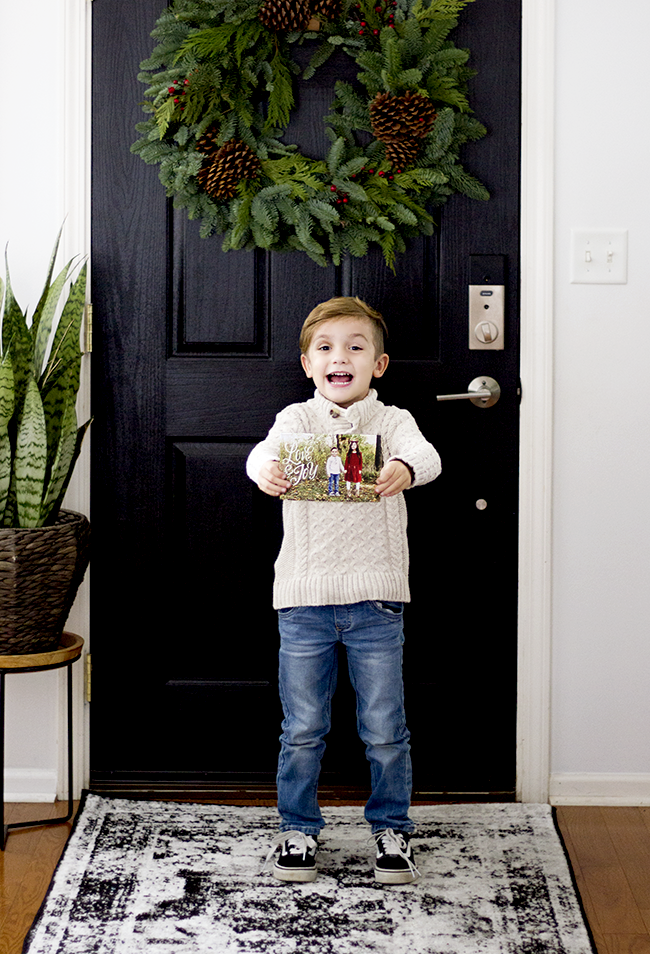 Thank you one again to my friends at Postable for making the holiday season a little brighter by creating beautiful cards and making it beyond easy to get them sent. After the year we’ve all had, I appreciate thie more than ever. I’ll also mention once again the people who work for the company are genuinely kind humans too. So kind that they are giving you 20% off your entire order with code BEAN20. So get over to their site right now and start designing, friends. Happy holidays, and happy holiday card giving!

From The Dog Lady’s mailbag: The American Kennel Club (AKC) is excited to announce its newest special, AKC Heroes: 2020 Awards for Canine Excellence, coming to its digital network, AKC.tv. This five-episode special, scheduled to air November 30th – December 4th at 12pm ET each day, will cover the stories of fifteen remarkable dogs and … END_OF_DOCUMENT_TOKEN_TO_BE_REPLACED

Thoughts of Dog…Now In Book Form

If you’re not following Thoughts of Dog (@Dog_Feelings) on Twitter, you’ve been missing out. But, just in time for Christmas, you can now buy the book and catch up! Here are a couple of quotes: “i like to leave as much of my hair around the house as possible. it is my confetti. i am … END_OF_DOCUMENT_TOKEN_TO_BE_REPLACED

Yesterday we had a fun, very socially-distanced day at Enchanted Rock State Natural Area in the Texas Hill Country. We’re (finally!) enjoying some beautiful fall weather, perfect for hiking and…

With thanks to the good people at Florida Boxer Rescue. Happy Friday! Until next time, Good day, and good dog!

Thanking all of our Veterans, both human and canine. Until next time, Good day, and good dog!

So does the maned wolf break the “costs of carnivory” paradigm?

In recent post I wrote about the new research regarding the thylacine’s size, I mentioned that maned wolves might violated the “costs of carnivory” rule, which states that predatory mammals that weigh more than 21 kilograms (46 pounds) must haunt larger prey sources to survive.

Maned wolves do exceed this size, but their diet does not consist of large prey. They are not a threat to ungulate livestock. They take only small prey, such as rabbits, rodents, and small birds. They could be a threat to chickens and other poultry, but they aren’t cattle killers.

On a superficial reading of their ecology and diet, one would assume they would break this 21 kilogram rule. The largest ones do get to around 23 kilograms, and if they are that large, then they surely break this “costs of carnivory” rule.

The reason is they have a most unusual diet for a canid.  Between 40 and 90 percent of their diet can consist of a single fruit called a lobeira or “wolf apple.” The average diet of a maned wolf is around 50 percent vegetable matter, which means they aren’t as bound by the rules of carnivorous diets as other mammalian predators are.

The maned wolf first appeared in the fossil record in what is today the Desert Southwest what is called the Blancan faunal age (late Pilocene to early Pleistocene).

It entered South America, along with a whole host of other canids, and it evolved to a specialist niche as a grassland predator. Many species of similar-sized dog were also diversifying in South America, it is likely that it evolved its unusual diet as a way of avoiding competition with more carnivorous canids.

So vegetarian are maned wolves that when fed a typical wild carnivoran diet in zoos, they often develop bladder stones. Their kidneys cannot absorb a particular amino acid called cystine, and the excess cystine turns into stones.

Most mid-sized canids are true generalists in their diets. The exceptions are the maned and Ethiopian wolves. The Ethiopian wolf runs between 14-19 kilograms, so its rodent specialized diet does not violate the rule.

But the maned wolf’s heavily frugivorous almost takes them out of the predator guild entirely.  They are as almost omnivorous as most bears are, and all extant bear species exceed 21 kilograms at maturity.