Some Thoughts on Time 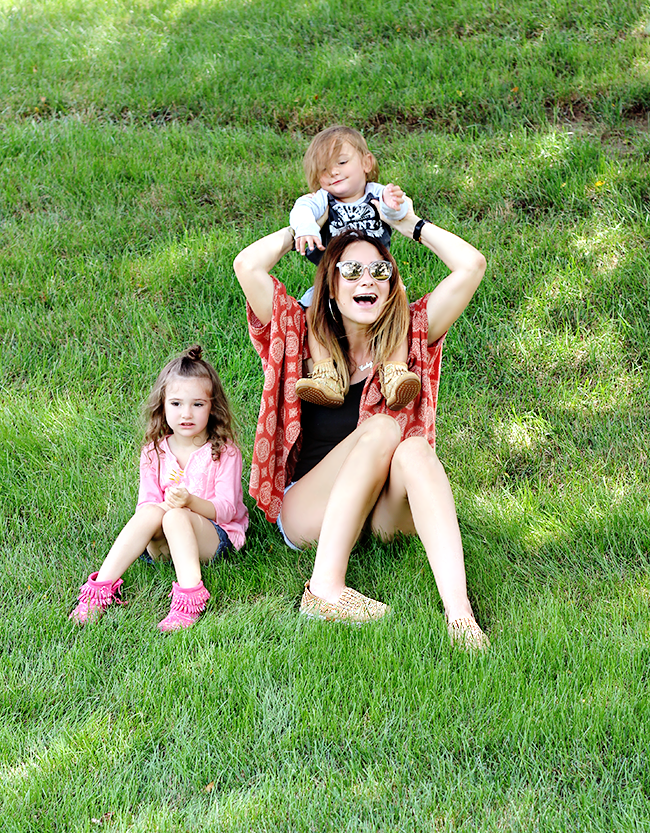 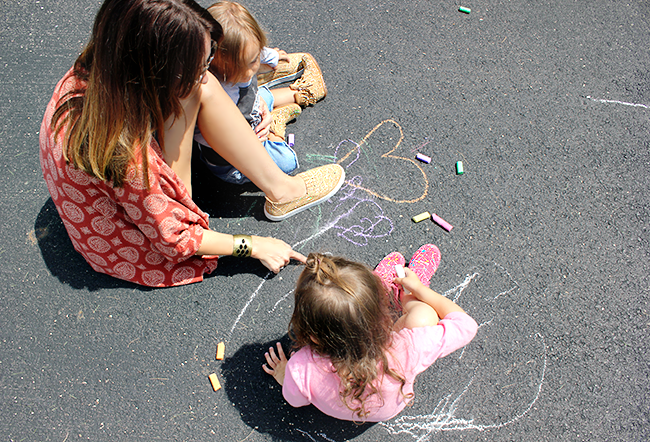 I recently came across these photos from two summers ago and was so emotionally moved by them (it doesn’t take much with me, but still) that I felt compelled to share. Talking about how quickly time passes when you’re watching little ones grow is the ultimate parent cliche, but guys, it’s freaking true. I’m baffled by how different E and E look now, just two years later. And when I think about how much their personalities have evolved, I genuinely feel a sense of overwhelm; not in a bad way, but in a way that sort of takes my breath away. For real. 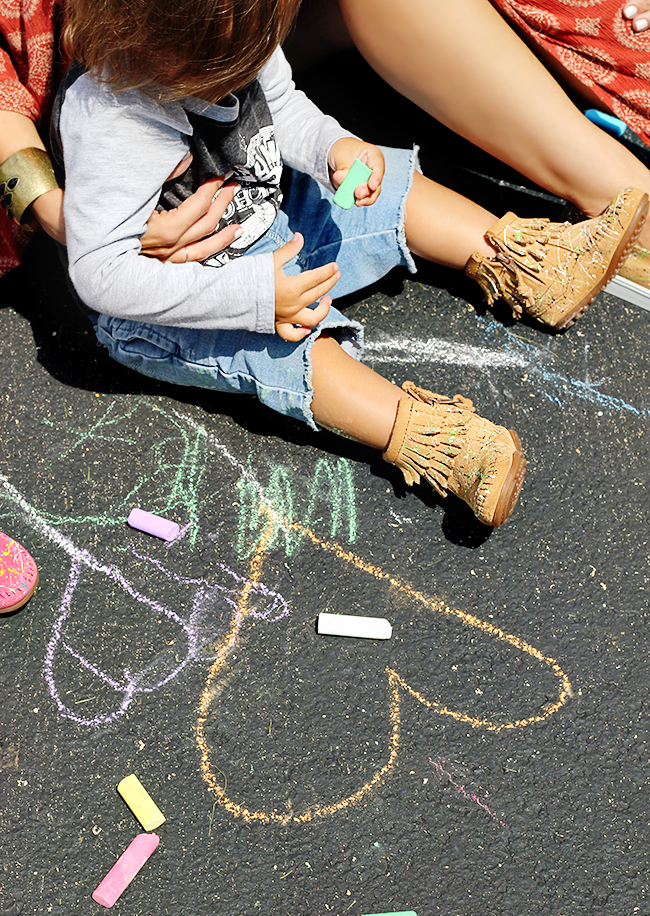 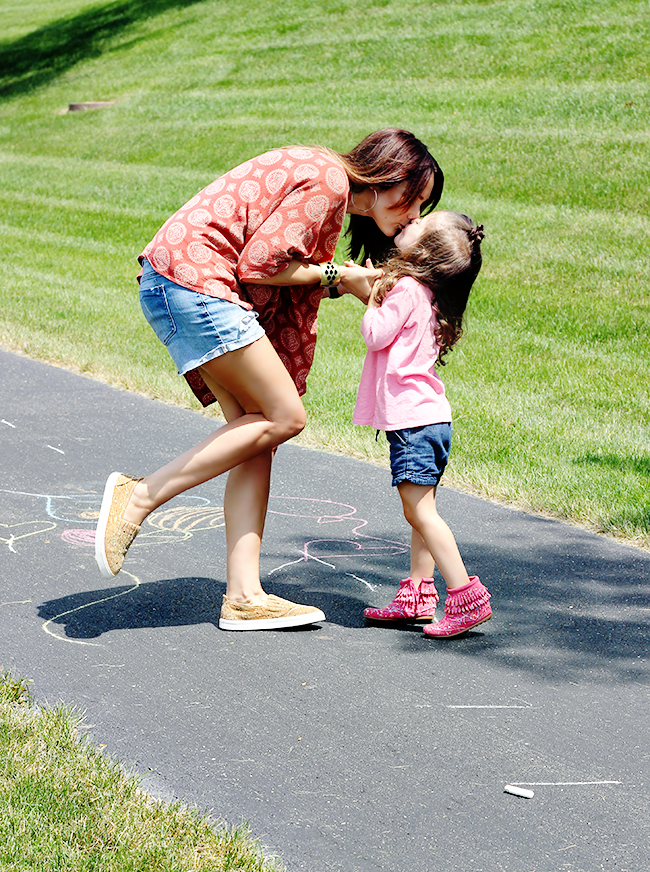 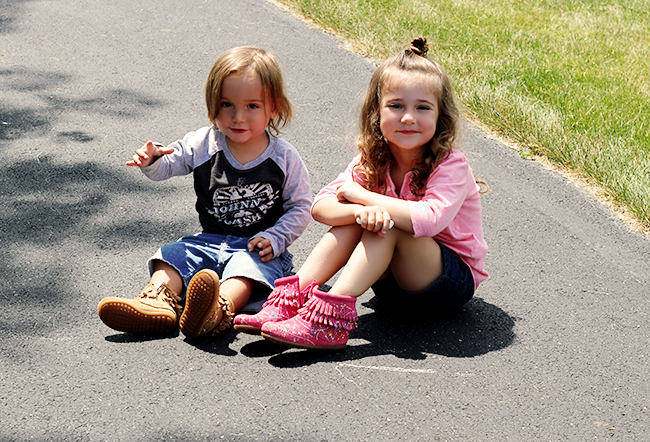 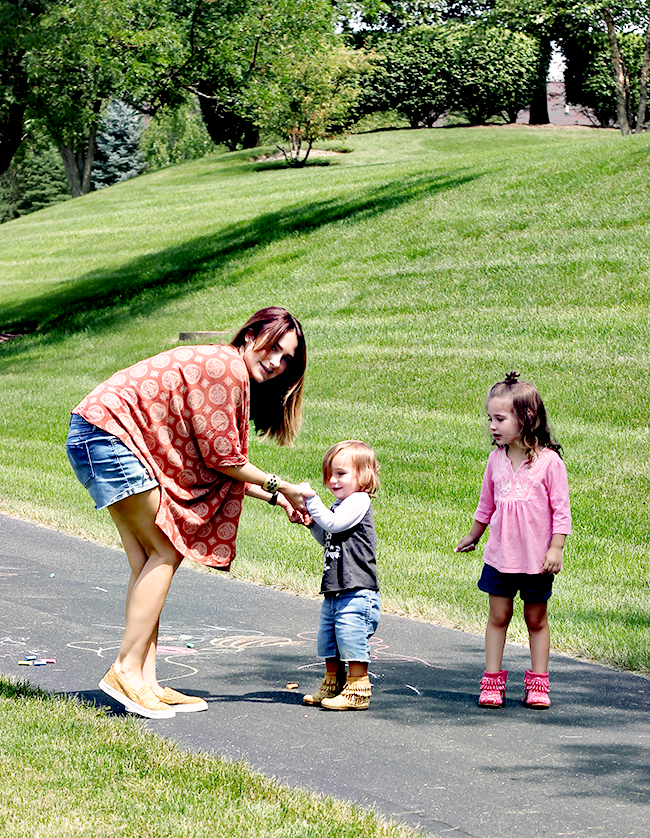 My daughter is already at an age (5 going on some unrecognizable level of preteen) where she’s so independent and busy that precious time with her is beginning to feel scarce, and even my 3 year old son, normally so clingy and emotionally connected to me, is starting to prefer friend play time over hanging with his parents. This is why I’m really making an effort to spend as much quality time as possible with them this summer, even if it’s not as much time as I wish it could be. We’re heading to a mini lake getaway as a family later today and I’m going to savor every second of it, mark my words.

For those of you with kids, does it seem like each year speeds up? Is there ever a point where it doesn’t feel like sand slipping through your finger tips? How do you savor the quality moments?

It may not officially begin until later this month but summer is definitely in full swing here. Hurricane season started with the arrival of a rainy tropical wave–and, as soon as it exits our…

Friday Funny: I’ll Have Mine With Sprinkles, Please

Donuts: the perfect Friday snack. Until next time, Good day, and good dog!

June marks the beginning of hurricane season–but, even if you’re not in a hurricane zone, it’s important to get prepared. Natural disasters of all types, from fires to floods, can…

When Alexa Can’t Help You

I wish this had a signature on it so I could give credit where it’s due. I found it on the Facebook page of JJ’s Ruff Roads. Until next time, Good day, and good dog!

I took the trash out this evening, and I discovered a litter of trash pandas hanging out by the bin. I did not see the mother, but they did run when we realized we weren’t to be trusted.

We did not touch them.  I hope their mother is nearby. If I see them out tomorrow, I will be calling the DNR.

Friday Funny: You’ve Got Some Explaining To Do

Enjoy your cookout this weekend, and make sure you share at least a little something with your dog! Until next time, Good day, and good dog!

We love nothing better than to take Barli and Tiki with us on errands and day trips–and the number one rule on any trip is that the dogs need to stay safely with us. I love the assurance of a…

We’re so excited to unveil a new look here on DogTipper! Along with a new template and menus that will be easier to navigate, we’ve put more emphasis here on our new goal: getting you out…

The lawn maples drop their samaras now, when May is ratcheting up in its verdant splendor.  The fruit of the maple is a one-winged angel, and it falls in a great twirling as the wind catches it a bit as spins down to the lawn below.

Later on, the mower’s blades will chop the samaras asunder. No sapling will rise from the seeds.  The maples will cast their leaves out toward the summer sun and bask in the sweet feeding of summer photosynthesis.  Maybe a storm will cause one to fall and die, for these are old silver maples that have been growing here so stately as edifices upon the lawn.

And when they do die, they will die without issue. Thousands upon thousands of samaras they have drop into the May breezes, and not a single one has brought forth a sapling, much less a tree.

All lawns are a war against growing. The grass must be kept cropped short, especially after a week’s worth of raining. Shrubs must be pruned back.  Dandelions and crabgrass must be extirpated at all costs.

But the trees and the shrubs and the short grass grow nicely in our tolerance. We marvel at this beauty and maybe even lie to ourselves that it is natural and complete to have such things surrounding our homes.

Without humans, though, there would be no lawns. There would only be prairie and steppe and forest and desert. The plants would grow and die according the precepts of rain and sun and the munching maws of the herbivores.

We tolerate no such insolence from the flora and foliage. We cultivate it all, but we tolerate what we feel is aesthetically pleasing.

In this same way, we tolerate a grizzly bear loping lonesomely on the distant ranges of the Bitterroots or a wolf trotting with purpose across a frozen lake in Northern Minnesota.  Much of the Lower 48 is cultivated or paved or in some way civilized, but we allow these wild beings their place. Just as we let the maples grow tall upon the lawn, though, we don’t let the grizzly come sneaking back into Nebraska or want the wolf prowling outside of Cleveland.

Yesterday, I read that the carbon dioxide levels in the atmosphere exceeded 415 parts per million.  That level has never been experienced so long as Homo sapiens has existed on as a species. It hasn’t been known in 3 million years.  That was during the Pliocene, when there were no wolves or brown bears.  So their species will have never experienced such a thing before either.

The excess carbon dioxide comes from humanity’s various enterprises, all of which are designed to make life possible for the 7.5 billion people who live or try to exist upon this heating, crowded orb.  In our current incarnation, we behave as extraterrestrials. We can live our whole lives without glimpsing anything wild, and we no longer know about the plants and animals that live near our homes.  We are strangers to much of it.

And yet we also live as if we are supernatural. We can clear a forest. We can dam up a river. We can irrigate the desert. We can make a species extinct if we want to, or we can save it. We play the games of an ignorant deity, not knowing or even attempting to consider the consequences of our actions.

And in our desire to export and trade, we have built great concrete habitats to ourselves, many of which lie cloistered hard up against the coast, so the ships can come and take a load or bring in some goods from a far distant shore.

But unlike barnacles marooned in low tide, we will not greet the rising saltwater as a life source. We will be inundated.  We will build up flood walls, but the warming world we’re about to encounter makes the sea levels rise too much for us to construct that many barriers against the coming floods.

AT that point, we will know we’ve messed with nature too much, and its tolerance for our picayune existence will be at an end.  We will be the samaras ground up in the mower blades.  We will be the maples standing tall upon the lawn, eventually crashing to the ground without any issue.

The hope is that we listen to those who know, who have studied, who have learned and deciphered and shun those who wish to deny what is coming.  In this era, which I have sometimes called “the electronic dark age,” denial and misinformation can float its way across the world before facts can even stand a chance at being known.

This is the era in which people cannot tell truth from fiction, and truth very often sounds like what you want to hear or makes you feel good.

I watch the samaras twirl down from the lawn maples, knowing fully well what their fate is. They lack brains to know what is coming. They fall upon the lawn in innocence and grace.

But humans can know. It’s just that too many of us don’t want to know, and too many wealthy interests want us not to know.

But the tides are rising as surely as the mower blades crop the grass and render away the maples’ fruit.