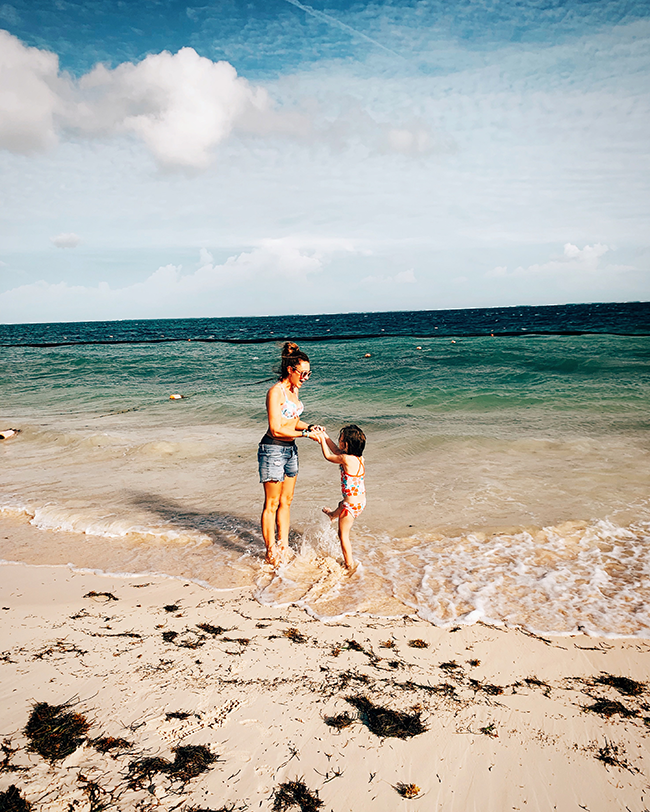 Before Robbie and I had kids, we traveled pretty consistently, both with his job (most of you already know this, but he’s the stage manager for a band and works on tour half the year) and on our own. And while we still travel quite a bit with the kids (both on road trips several times a year and by plane two or three times a year), it’s much less. Much, much less.

Last winter, we decided we were going to take a vacation this summer, just the four of us, no matter what. It wasn’t going to be visit anyone or for a work campaign for me or to tag along with him to work (which, let’s face it, aren’t vacations for him at all because he is busy the entire time). We’d never taken a real vacation that was just about our little family, and it just felt necessary. Then spring passed, and summer arrived, and there was still nothing in the works. Vacations are expensive, and they take a lot of planning with kids and job schedules and all that, and it seemed like our well meaning plans weren’t realistic.

But then I had an idea. Around 1 AM one night while lying in bed when Robbie was on tour, I remembered how a friend of Robbie’s in the hotel business has been recently transferred to Clearwater Beach, Florida. And despite the fact that July was the only time Robbie would have a week off for a vacation and that it is genuinely the worst time of the year to visit Florida (so, so hot), I started researching Clearwater Beach and was smitten. (I mean, give anyone in this family a nice sandy beach and an ocean and we are beyond happy.) A few phone calls and some airline points later, and our trip was officially planned.

As you read this, we’re already high in the sky on our way there. And for once, I’m actually going to take a real vacation from work too, so there won’t be any posts here, and my Instagram will likely be just a bunch of nonstop Stories (because let’s face it, I’m an oversharer and even a real vacation can’t stop me.)

I’d love to hear about any trips you’ve taken or will be taken this summer. (Aside from a couple of short road trips, this is it for us. Essley starts kindergarten in 3 weeks!) And if you’re curious and want to see some of the travels we’ve taken in the past (like our trip to Mexico in December for Robbie’s work, as seen in the photo in this post), click here.